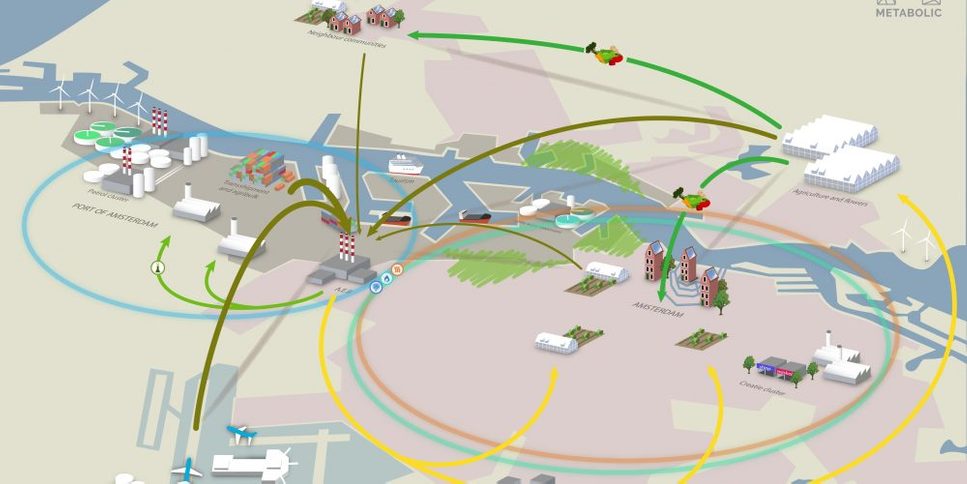 Food of the future - technology alone is not enough

Combining theory and practice is the guiding principle of "Metabolic", a globally operating consulting company based in Amsterdam. Metabolic develops holistic concepts for cities, companies and organisations, with environmentally friendly and sustainable strategies to deal with raw materials, energy and food. It uses scientific findings from all over the world as well as the results of its own non-profit research institute.

Metabolic means: concerning the metabolism, transforming. According to Metabolic, people can learn a lot from the metabolic processes in natural systems, e.g. the metabolisms. The company, founded in 2012 by Eva Gladek, an expert in environmental management, derives its name from this. In 2018, the "Metabolic Institute" was added, a non-commercial think tank that works at the interface between academic research and practical projects. The goal is a society that will still be able to manage and feed itself in 50 years without irretrievably exploiting the earth.

Foode, is one of the latest projects in which the Metabolic Institute is involved. Funded by the EU, institutions from Germany, the Netherlands, Italy and Spain are investigating in 15 pilot projects over a period of four years how food can be produced in urban areas in an environmentally and economically sustainable way. Metabolic is contributing an aquaponics farm which is located in the De Ceuvel technology park in the north of Amsterdam. Aquaponics is a process which combines techniques for rearing fish in aquaculture with the cultivation of crops using hydroponics. In this process, excrement from fish farming is used as nutrients for plants. Metabolic plans to develop a system in De Ceuvel that ensures a stable and marketable supply of fish and vegetables to consumers in the local area.

Some of Metabolic's projects are:

The Dutch province of North-East Brabant, one of the most advanced production regions in the world, hopes to become a prime example of a regional agricultural circular economy with the help of Metabolic.

For Charlotte, a city in the US state North Carolina, which wants to become the first "circular city" in the USA, Metabolic has developed a concept for waste recycling. Yet, 88 percent of the waste produced in the city goes to landfill. In a first step, 15 percent of the waste are supposed to be recycled. This will create 492 new jobs and could generate up to 34 million dollars annually.

Metabolic is undertaking a similar project in Amsterdam. The city wants to be "waste-free" by 2030. The strategy is based on analyses of the material flows by Metabolic. In addition, the company has developed a system of indicators that can be used to continuously monitor progress in implementing the waste-free concept.

Metabolic's basic understanding of all this is, that research and technology alone are not enough to prevent the irretrievable predation of the planet. Political decisions must also be made and, above all, consumers must realize that they have to adapt their consumption behaviour to the needs of a changing world.