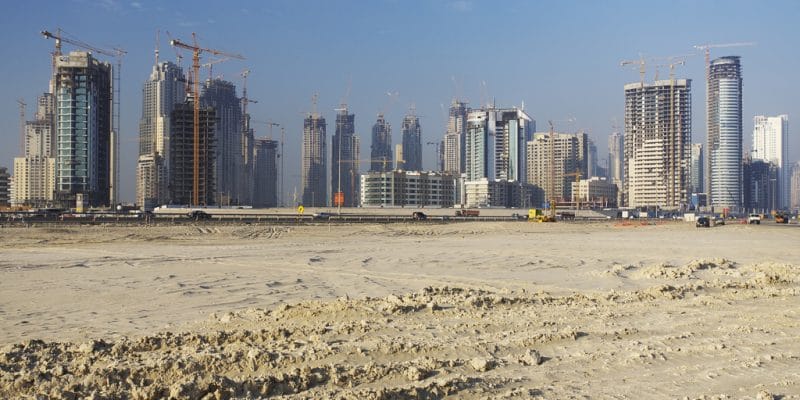 Less Traffic and Waste Through Smart Cities in Egypt

Cairo is Africa's largest metropolis Following Lagos and the gateway to the Middle East. Numerous business organizations and globally active companies have based their headquarters here. In the center, around 15,000 people live on each square kilometer - and the city continues to grow. The city's rapid growth is leaving its mark: constant traffic chaos, densely populated slums, growing "garbage cities" on top of Cairo's mountains of garbage and severe environmental pollution are defining the cityscape.

In order to relieve the traffic and the city center, the "Capital of the Future" is now being built in the east of the city. This new "Smart City" is intended to relieve the burden on Cairo's 26 administrative districts. All ministries, state institutions and shopping centers are to move to this new city, which will also be the seat of the administration. This relocation is intended to shorten transportation routes, reduce commuting distances and, above all, reduce environmental pollution.

The Egyptian government is already talking about the "birth of a new state", and the plans for this are very ambitious: in contrast to the narrow but historic city center of Cairo, a lot of green recreational space is planned in the new city, watered by treated wastewater flowing through an artificial small river, the Green River. The new green space is to be twice the size of Central Park in News York. The city is to be cleared of smog, which gnaws at the monuments in Cairo's old center and settles on every window, through extensive digitization. Unlike the unstable Internet connections in Cairo, residents here could connect to the WIFI all throughout the city, as well as use smart cards and apps to gain access to buildings or make payments. With the help of a management app, residents can pay their bills, book services and report problems in the city area. Overall, this should result in less traffic and less waste, as residents can keep better track of their consumption and driving habits through the app.

The idea is not entirely new; it already existed under Mubarak's predecessor regime. However, the Egyptians lack their own money for their future plans, so the Chinese are now building this new city in conjunction with the Egyptian military.

As part of this "flagship project," 14 smart cities are to be built across the country. As Egypt is one of the fastest growing countries in the world, population growth must be accommodated, as Cairo is predicted to have around 40 million inhabitants by 2050. However, urban planners doubt the sustainability of the new city projects. Instead of urgently needed housing, administrative buildings are being built - mainly for the military.